We all know that between the lengthening days and the increasing sun angle winter is essentially over; in the event that we do see temperatures below freezing again or some flurries between now and then it will probably be due to some huge volcanic eruption or something. After all it never snows in February or March. However if you are among those in the minority who believe otherwise, let us take a look at what exactly is going on and where we are going in the coming weeks. 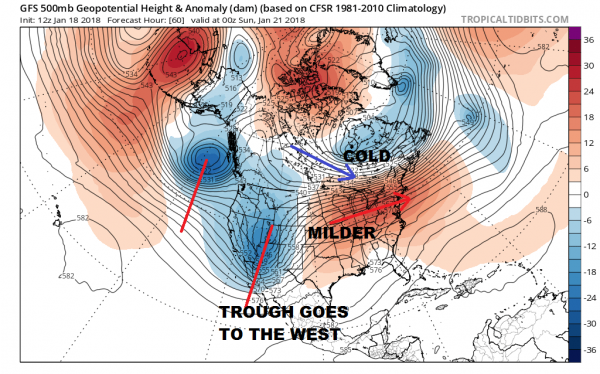 One of the things that I have noticed over the years is that most (but not all) winters seem to split themselves into 2 pieces. There is a primary pattern that sets up early on for the first 4 to 6 weeks. Then there is a 2 to 3 week break, and then a flip back. Some winters the break is shorter. Some winters the break is minimal (2015-2016), and some hardly a break at all (2016-17). I am of the opinion that what we are seeing here is a two-three week break and that the primary pattern will come back in February. Whether that pattern is extreme or a more relaxed version of it remains to be seen (assuming I’m right). This weekends jet stream pattern allows a warmup here but the problem is the south is not that warm An air mass like this in late February would certainly mean 60s. Right now we will settle for low 50s on Saturday. The northern stream jet is active in Southern Canada and some colder air will actually move southward from Eastern Canada on Sunday. A backdoor front passes through and highs Sunday will just be in the low to mid 40s.  The trough is in the west and this to me suggest storm tracks (for now) going to the Great Lakes which is something that hasn’t happened in a long time. 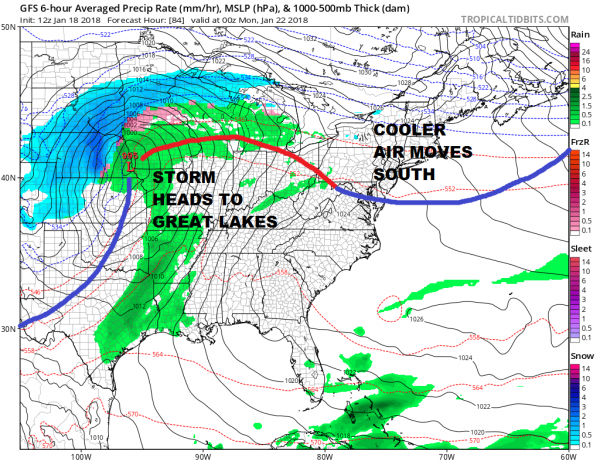 This will mean showers here later Monday into Tuesday and then it turns colder after that. The thing is that while we will have intrusions of cold air, they may not last more than a few days before the next storm from the west comes in and heads for the Great Lakes. This should carry us through all of next week and toward the end of the month. At some point however there will be a flip back at some point. One of the things to watch for is the teleconnection indices for signs of a turn.

Keep an eye on these tele-connection indices going forward. The pattern change now is evident by the off the wall negative Pacific North America index. This measures the pressure changes in the Western US. The trough in the west means the index is negative and not good for prolonged cold or East Coast storms. However note that at least today’s forecast on this index shows a rapid spike higher toward neutral by the end of the month. We need to watch this over the next several days to see if this is a real trend. Also we have a weak positive North Atlantic Oscillation (no blocking) which moves to neutral to slightly negative around the same time and an East Pacific Oscillation index which goes negative (colder in the east). We will also allow for a little lag time for the atmosphere to essentially play catch up. Of course if you are in the winter is over because of the increasing sun angle crap, then why bother? You may as well open your pool. 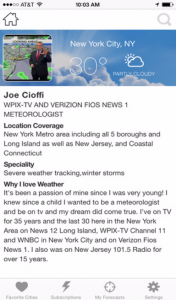