Tropical Storm Sally has strengthened overnight and is on its way to becoming a hurricane before landfall along the Central Gulf Coast. Hurricane Warnings are up from Grand Isle Louisiana to the Alabama Florida border. The big question for Sally is how much will Sally strengthen before landfall. The interaction with the Florida Peninsula is lessening though heavy rains continue today up and down the west coast of Florida. If Sally forms a solid core, it could begin to strengthen rapidly tonight and Monday.

Heavy rains are on the radar along the Florida west coast but they are beginning to slide westward so it should start to end from east to west as the day wears on though it will be a slow pullout given Sally is moving at under 15 mph. Flash flood watches continue for this area.

As far as Sally’s future the upper air features a weak ridge to the north that is steering Sally on a west northwest course. As it approaches Southeast Louisiana and the Central Gulf Coast the steering weakens and Sally slows down. Global and short range models show a burst of strength just before landfall and this needs to be watched very closely. Matters could be complicated further by heavy rains once on the coast due to the slow motion.

With Sally on the left in the Gulf of Mexico we have Paulette on the right which became a hurricane overnight. Air Force Recon this morning found Paulette has strengthened with top winds now 80 mph and an eye has developed on satellite pictures. 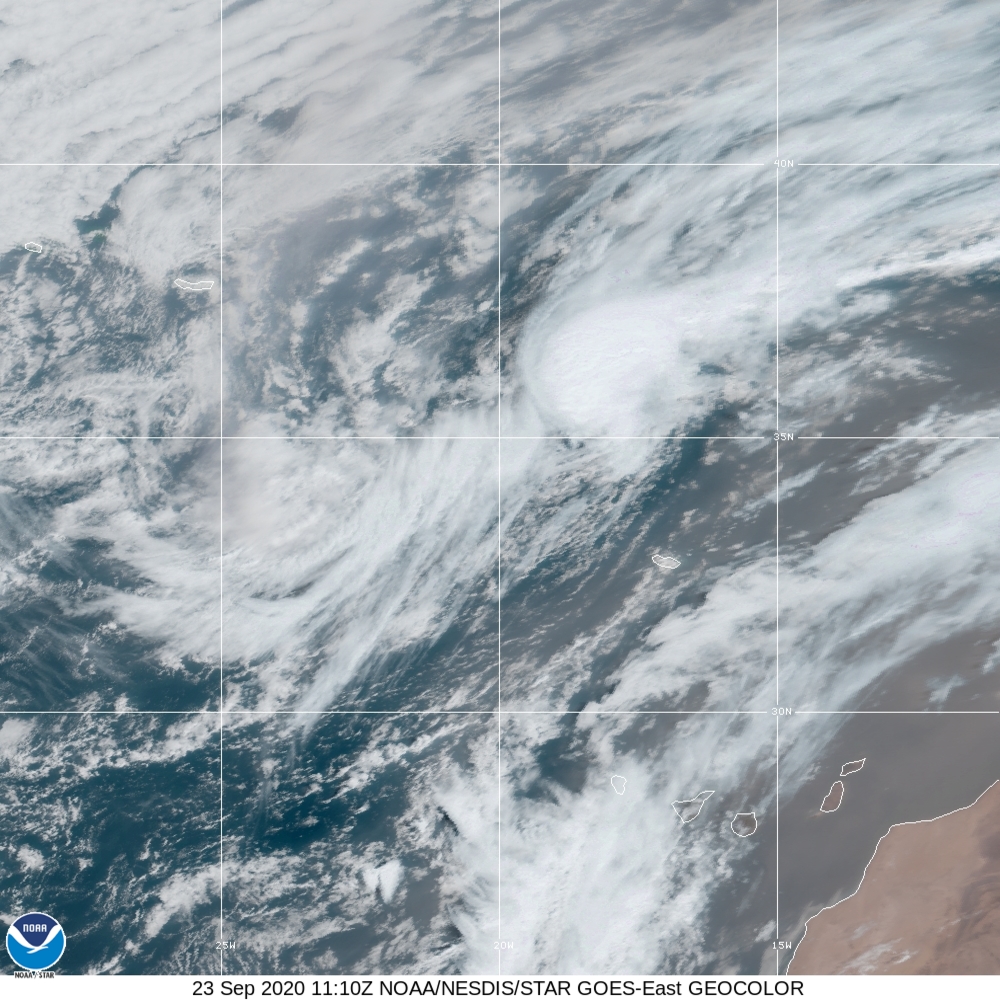 Hurricane Warnings are in effect for Bermuda and weather conditions are starting to deteriorate on the island. Paulette is coming into Bermuda from the southeast which will afford the opportunity for Paulette to continue to strengthen as it passes the island. When they come in from the southwest often times the upper air has stronger winds and some shear which causes storms to either peak out or even weaken a bit. However the track from the southeast is over very warm water and lighter upper air wind conditions.

Paulette is forecast to turn northward after moving right over Bermuda and then turning northeastward out into the open waters of the Atlantic. Paulette will interact with high pressure in New England to create rough surf on Tuesday in the Northeast and Mid Atlantic states.