Elsa has emerged into the Florida Straits after its relatively short stay inland in Western Cuba. It seems the storm center has remained mostly intact though the cloud structure on the satellite is elongated north south.  Hurricane Watches have been issued for parts of the Florida Coastal Bend and Tropical Storm Warnings continue along the west coast of Florida. 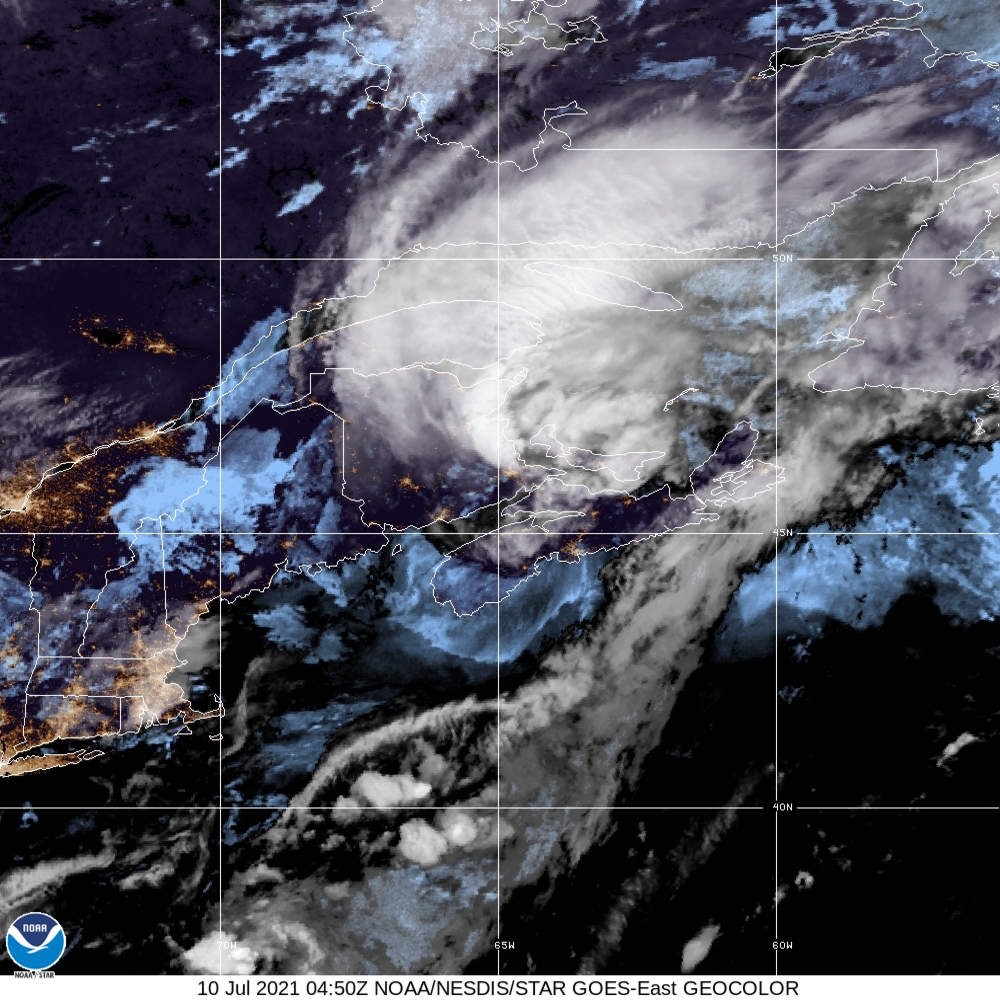 WATCHES AND WARNINGS
——————–
CHANGES WITH THIS ADVISORY:

A Hurricane Watch has been issued for the west-central and Big Bend
coast of Florida from Egmont Key to the Steinhatchee River.

A Tropical Storm Watch has been issued for the Georgia coast and
portions of the South Carolina coast from the Mouth of St. Marys
River to South Santee River, South Carolina.

SUMMARY OF WATCHES AND WARNINGS IN EFFECT:

A Storm Surge Warning is in effect for…
* West coast of Florida from Bonita Beach to the Aucilla
River, including Tampa Bay

A Tropical Storm Warning is in effect for…
* The Cuban provinces of Matanzas, Mayabeque, Havana, and Artemisa
* The Florida Keys from Craig Key westward to the Dry Tortugas
* West coast of Florida from Flamingo northward to Ochlockonee River

A Hurricane Watch is in effect for…
* Egmont Key to the Steinhatchee River, Florida

A Storm Surge Watch is in effect for…
* West of the Aucilla River to the Ochlockonee River, Florida

A Tropical Storm Watch is in effect for…
* West of the Ochlockonee River to Indian Pass, Florida
* Mouth of St. Marys River to South Santee River, South Carolina

Both the Key West Radar as well as the Southeast Regional Radar show rain now over the Florida Keys  and in Southwest Florida. Weather conditions will deteriorate from south to north in Florida especially along the immediate West Coast as the day wears on.

Landfall along the Florida Coastal Bend will occur early Wednesday morning and from there it will move north northeast just inland of the coast and essentially up I-95 through the Carolinas. From there weather models take it just offshore passing east of New Jersey and south of Long Island Thursday night and Friday morning.

Weather models overnight were rather consistent with the idea of an offshore track north of Virginia and heavy rains coming into at least coastal areas Thursday night into Friday morning. This is different from Tropical Storm Isaias from last year. There we had an inland tracking low strengthening as it moved northward due to a strong upper trough to the northwest.

This time around we have a much weaker trough to the northwest and the track offshore would mean stronger winds to the east with heavier rain to the west of the low track. It is also moving along rather quickly which limits the time of any impact here, basically a 6 to 8 hour event before the center moves away after daybreak Friday. We will have more on this later today along with the prospects for a severe weather outbreak in our area (Eastern Pa to Southern New England) in a separate post.