Tropical Storm Cristobal remains trapped in the Southwest Gulf and the center of Cristobal is on land right now. Enough of the circulation is over the water so that top winds are 50 mph. Some slow weakening will continue as Cristobal hugs the coast and then begins a slow drift northward late Thursday or certainly by Friday. 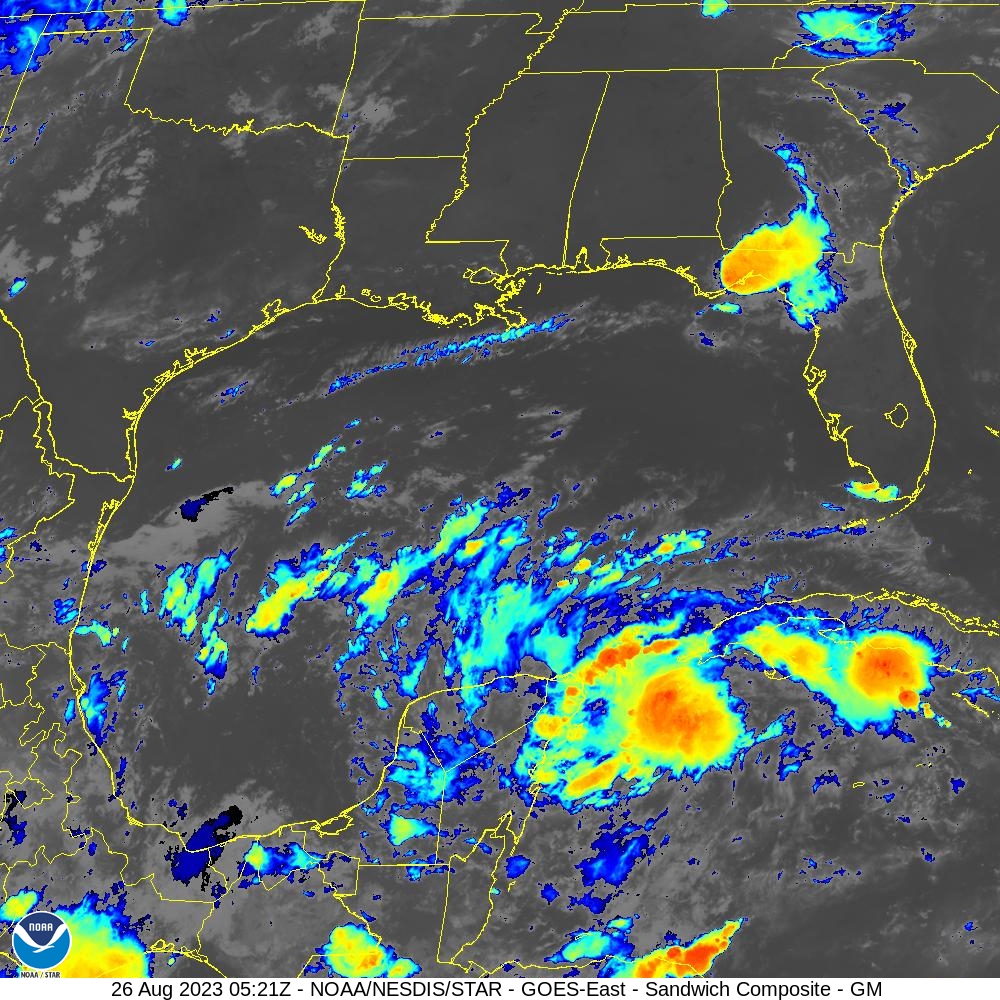 Cristobal is embedded inside a large gyre of tropical moisture that extends from Florida southwestward into the Southwest Gulf. Eventually we will see higher pressures aloft build to the west of the tropical storm and also to the east.

This should create a weak southerly flow in the Gulf of Mexico and the tropical storm should respond by heading north and eventually clearing the Yucatan Peninsula. Once it reaches the South Central Gulf of Mexico strengthening should resume. All the global models agree with this idea with the only differences showing up in how far west along the Gulf Coast will Cristobal track.

The official track from the National Hurricane Center is north to the Louisana coast late Sunday before landfall. Rainfall from Cristobal will be a big deal along the Gulf Coast with up to 10 inches of rain likely in some places. It would seem given the upper air that this system will strengthen slowly. This may keep this from getting to hurricane status (75 mph) but we have been surprised before by intensity so I wouldn’t rule out Cristobal perhaps reaching minimal hurricane status. it is an outside chance but I wouldn’t bet against it.