We are being stalked again by another slow moving tropical storm in the Gulf of Mexico. Tropical Storm Beta developed in the Southwest Gulf of Mexico yesterday and is embedded in an environment of weak steering currents. It is sitting in an upper air no mans land in between two upper highs and nothing that is pushing the center of circulation on steady course. This leads to a rather wide area under some sort of watch or warning. 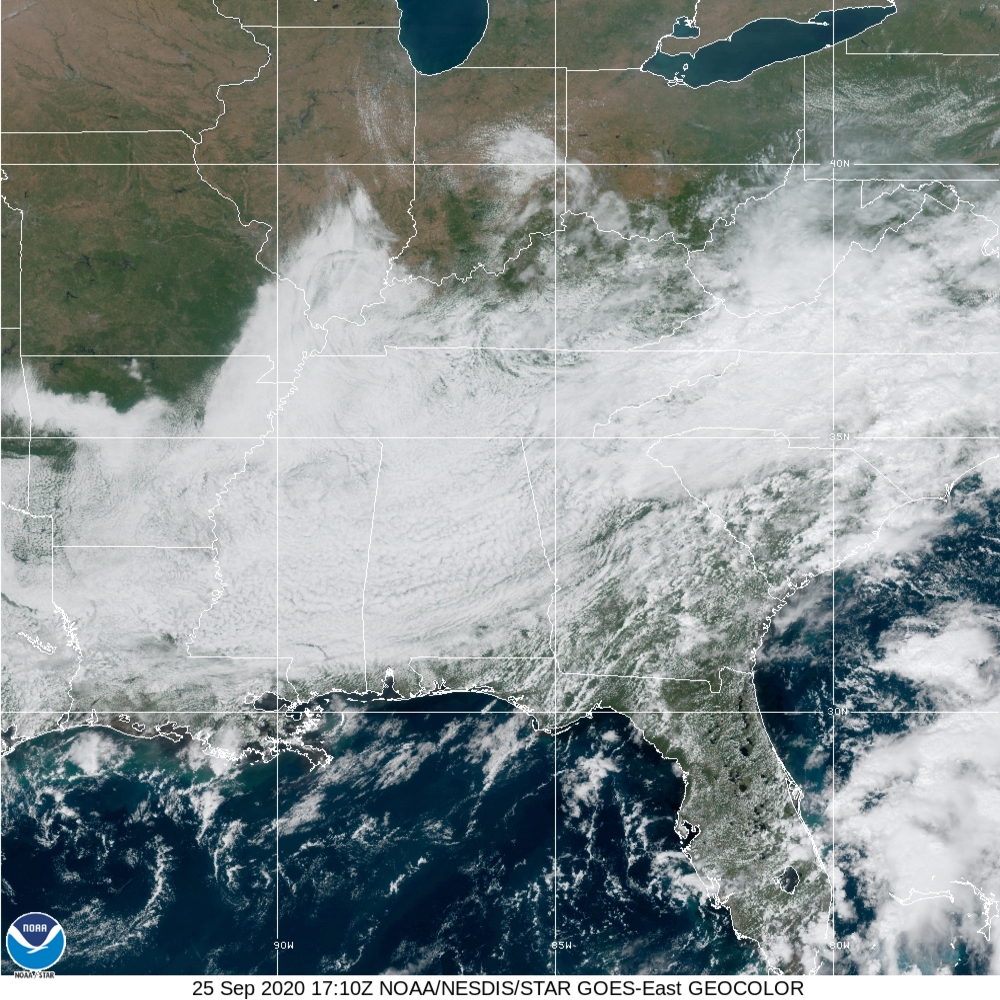 Most of the convection has been tilted to the northeast as the system has been undergoing some southwest wind shear. The center had been exposed from the main thunderstorm activity though this afternoon it seems we are seeing some bursting of thunderstorms near the center of circulation.

Most of the rain from this system is occurring northeast of the center as the radar shows heavy rains moving into Southeast Louisiana but along the Texas coast there is very little activity going on at the moment. Once Beta begins a steady westward track, rains will begin to develop and spread westward into the warning areas in Texas.

Because of the weak steering currents, hurricane models are not all on the same page with tracks to the west for the first 24 to 48 hours and then a smattering of tracks in all sorts of direction. This will increase the threat for heavy rain and flash flooding being the biggest threat from this storm though it could very well strengthen to a minimal hurricane before landfall.

What we have is Tropical Storm Beta basically pinned in between two upper highs. One is weak and sitting over Florida and the Southeast US. The other is actually in the Southwest US and extends into West Texas.

The more active and faster moving jet is well to the north in the Ohio Valley and off the Middle Atlantic coast which will have some impact on Hurricane Teddy to the east. Teddy will turn northward as it approaches that fast flow but Beta just sits trapped and therefore can only manage to drift westward for the next 36 hours as the Nam model shows.

After 36 hours the ridges on both sides break down which makes things even more complicated. The GFS literally causes the storm to basically meander along the Texas coast for the rest of the week and the GFS still shows a closed low level circulation a week from today in Southeast Texas.

Meanwhile to the east you can see Hurricane Teddy making a close pass to Bermuda but passing 100 miles or so to the east  Monday before racing toward Nova Scotia on Tuesday. We will take a closer look at Teddy later this evening.