Not much has changed regarding Cristobal and in fact it is rather astounding how well behaved this storm has been. The National Hurricane Center forecast has been pretty much spot on for days both in the track and development. Kudos to the folks at NHC! Tropical Storm Warnings remain in effect for the Gulf Coast from Morgan City LA to the Walton county line in Florida. Cristobal remains a large cyclone and is not going to have time nor a favorable environment to intensify much from here. Highest winds are 50 mph and they might nudge up a bit higher before landfall but it should not become a hurricane. 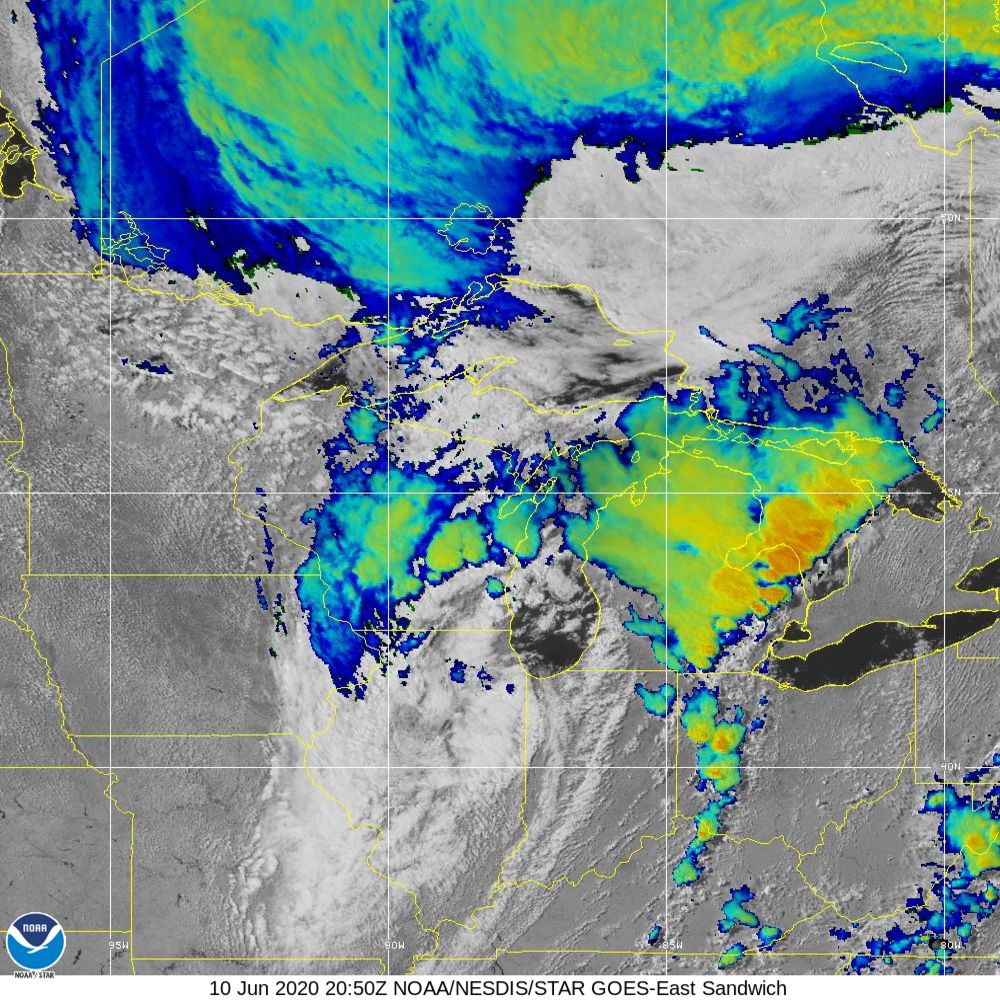 Radars are showing the outer bands of rain moving into Southeast Louisiana and are heaviest well to the east over Florida. It has been raining heavily there all day and it will continue tonight into Sunday.

Rainfall will be the main problem from this storm and the forecast rainfall amounts are in addition to any rain that has fallen over the last several days. Florida though well to the east has been hit especially hard thanks to the strong flow of moisture from the Caribbean northward. Crisotbal’s large circulation has impacted weather well to the east of the center.

The forecast track remains the same. Landfall will be tomorrow late afternoon west southwest of New Orleands. There is not much weather expected west of where the center makes landfall.

Once inland Cristobal will transition to an extratropical cyclone and head northward up the Mississippi Valley to the Great Lakes and eventually into Canada. None of this storms rain will be headed our way.