I’m starting to get a better sense of how this is all going to play out. The first wave and round of snow impacts the Southern half of New Jersey and Southeastern Pennsylvania into Maryland and I have put this area in a slushy 3 to 6 inches. Some of this depends on terrain, impact of urban heat effects around bigger cities and how much falls in the daytime vs night time. The first low goes out and a second more important storm develops on Wednesday that all the models show. I think for Central & South Jersey it is a bit of an easier play at this point. Areas to the north are a much more difficult call. For now I am starting from the numbers I have above and if I have to move up from here or down from here, so be it. 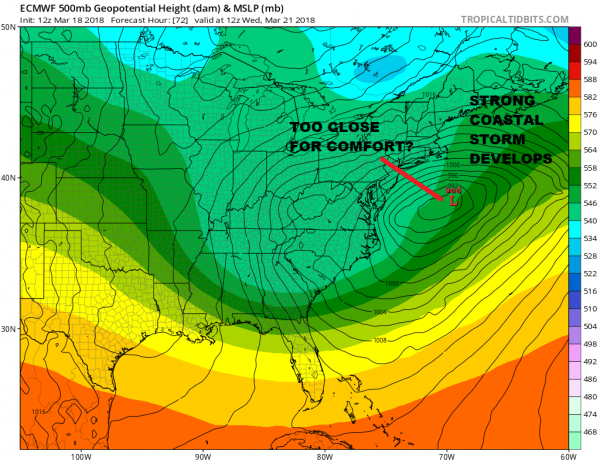 This may also be another case where the coastal low winds up  being more tucked in to the northwest when reality comes into play. We have seen that error often enough. GFS, European, & Canadian are all very close to each other. The numerous short wave troughs running around have made this forecast probably more difficult than some of the others and those were hard enough. 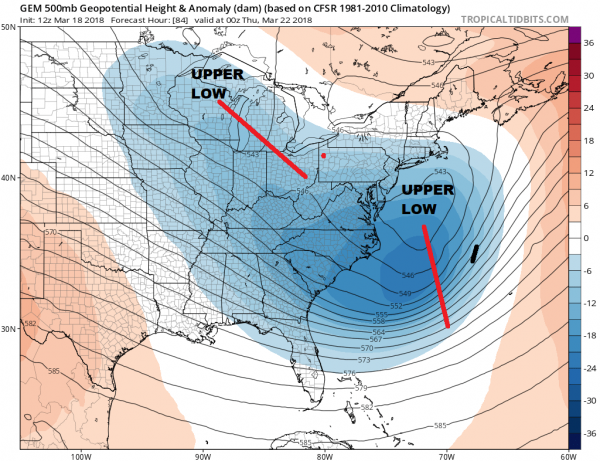 It appears that the upper air resolves itself with a lifting trough along the east coast as it rotates up and around the trough back in the Western Great Lakes. A bit more of an energetic phased look shows up which supports a strong storm developing  just to our south and east.