Overnight and new morning weather models have been shifting westward with the frontal boundary offshore and this increases the threat for snow for coastal areas from New Jersey to Southern New England for Saturday into Saturday evening. What is happening is that the northern part of the jet stream instead of kicking the frontal boundary and developing wave to the east, it is lifting it more northeastward which makes all the difference. We have seen several cases in the 6 weeks of this happening and it appears that the trend is happening once again. I think that in areas that get into steady snow which would be east of the Garden State Parkway to about NYC, South Coastal Connecticut south of Route 15 and for Long Island a few inches looks like a reasonable possibility as a forecast at this point. 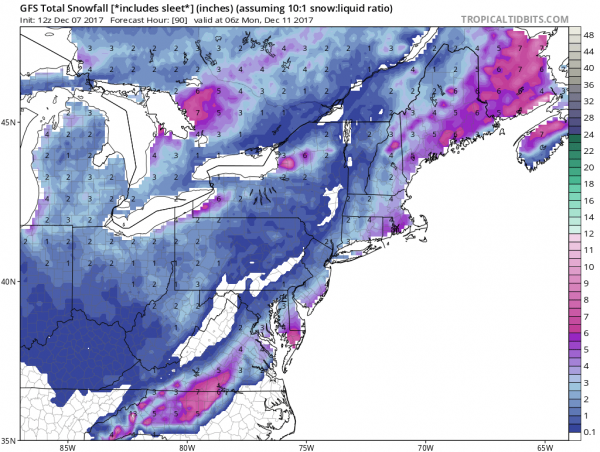 Latest satellite loop shows that strong frontal boundary with a subtropical jet feeding in moisture across the Southern US. The clouds with this have sunk southward to the Carolinas and they will not bother us until late Friday when they start moving northward. Sunshine continues today and it is chilly with most highs in the middle 40s.

Tonight will be cold and clear with lows in the 20s to near 30. Friday’s highs will be in the upper 30s to lower 40s with sunshine giving way to late day arriving clouds. 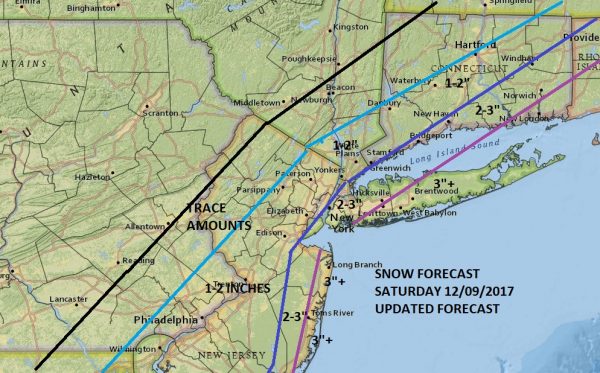 Snow will develop during the early morning hours in South Jersey and then reach NYC and Long Island by day break and then north and east from there into Connecticut and Southern New England. The areas north and west of the coast will see a sharp cut off and the back edge right now I think will be from just north and west of Philadelphia northeast to NW New Jersey and then into the Hudson Valley near or just north of Route 84. My confidence level on this is low at the moment until I see this model trend continue today with the European model run this afternoon and the mid cycle model runs late today.