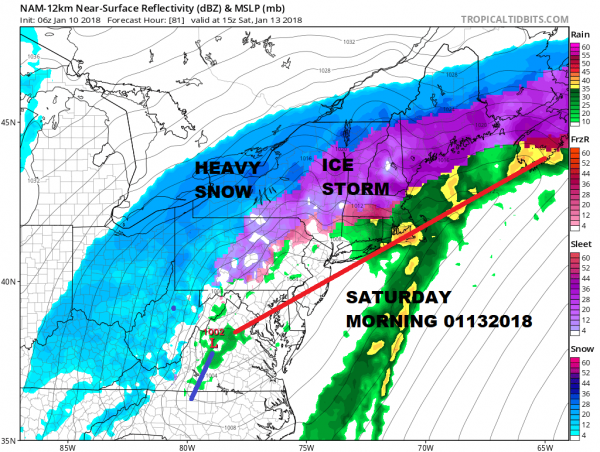 We begin today with another trip down into the ice box this morning though at least it is a bit more reasonable with lows in the teens instead of highs. Sunshine starts our day and it should finish it as well though some clouds may begin to move in later this afternoon and evening. This is a quick shot of cold air which is going out as fast as it came in so temperatures this afternoon should recover to the middle and upper 30s. 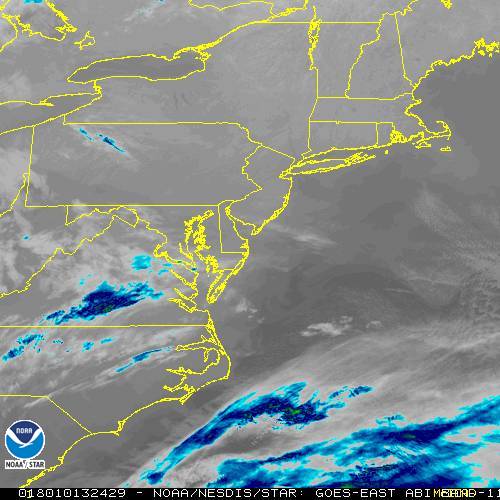 Tonight won’t be as cold with the cloud cover and temperatures are likely to hold steady in the 30s as the warm up begins. Thursday clouds will continue to increase and thicken up with highs in the 40s. Then should begin to see some rain arriving later Thursday night. There will be a lead area of rain with low pressure going by to our north and approaching front. The second wave of rain will come later Friday and Friday night with the front stalled near by and a second low moving northeastward. This is going to produce a widespread area of snow and ice from the Ohio Valley to the interior Northeast and some places will get hit rather hard with this. 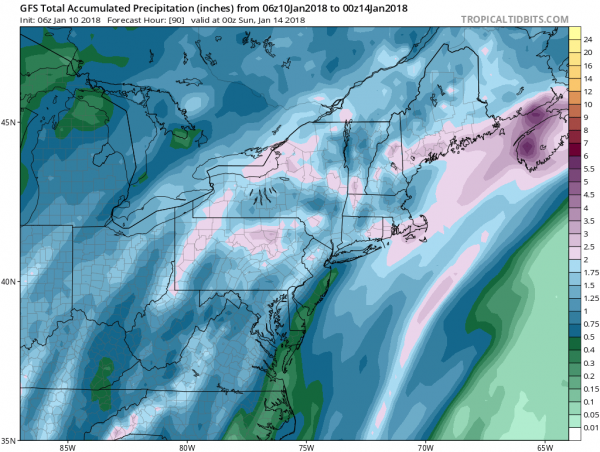 Precipitation in some areas will reach 2 to 3 inches though for us it is more on the order of 1 to 2 inches. This is a rain affair for the coastal areas though I am still cautious that there could be a change to ice for areas north of Route 84 as the system is winding down and beginning to move out. We will watch for that possibility. Behind this system is colder air which takes us into much of next week. We are still looking to see whether energy dropping southeast from Central Canada will have enough room to create a threat for snow later Tuesday into Wednesday of next week. There is plenty of time to watch for that possibility.