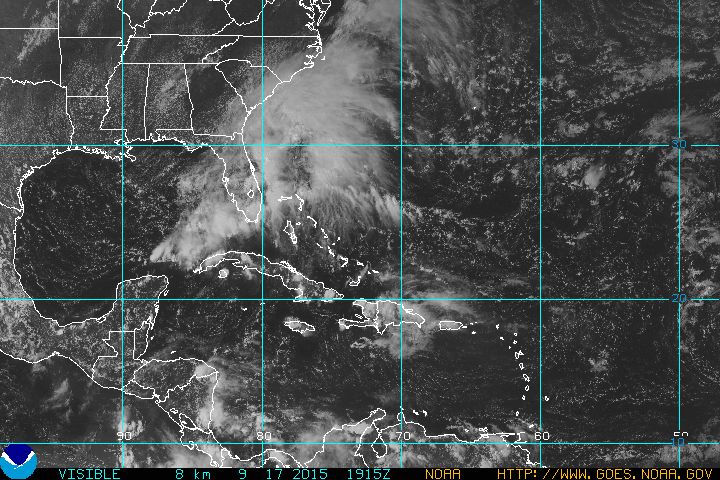 Joestradamus is dealing with model madness and as always it is a hair pulling experience even on the easiest days like we have see this week. That is the easy part of the forecast. Some areas today got close to 90 and we will do it again tomorrow and probably Saturday but that will be the last day as a cold front comes through Saturday night. Sunday will be dry and cooler with sunshine and highs in the mid to upper 70s.

Okay easy part of the forecast is done. Now comes the harder part which is next week. It appeared that at least the first part of next week if not all of next week would be dry and cool with sunshine. However there are a few things going on that need attention. It may still wind up being dry and cool however there is disturbed weather in the Northeast Gulf of Mexico and off the southeast coast of the US that will bear watching this weekend.. Low pressure is forecast to develop off the southeast US coast and is going to remain trapped there for a few days under a strong high pressure area that will be building to the north. Naturally all models have a different take on this. The least threatening would be the Canadian which treats this more like a frontal wave with little of no issue for us here as the maps for Sunday and Tuesday show. The Canadian has some sort of tropical system east of the Bahamas but this model has been fantasizing tropical storms for the least few weeks so I’m tending to discount this idea. The GFS has a low that developes and moves slowly north northeast to off the Carolina coast by Tuesday. This setup would also be rather benign for us with a stronger easterly flow and tighter pressure gradient south of Southern New Jersey down to the Carolinas. This has a look of something that could wind up developing into a tropical system. Given that “home grown” tropical storms have been the way to go this year as we have seen 4, the solution it offers is certainly a possibility. Again this would not be a threat to us as it stands except for clouds and how far north they get.

Now of course we have the European which does 2 things. It leaves the idea that there could be some sort of tropical or subtropical development and at the same time takes a weak low northward to off the Delaware coast which would bring clouds rain and maybe even a little wind along the coasthere on Tuesday! I am not a fan of ABC forecasting, that is model A does this model B does that. It should be a forecasters job to try and figure beyond this so that is what I am going to attempt here. I think the GFS and Euro ideas are both possible. Im discounting the Canadian because it may have that tropical system off the Bahamas in mind as far the overall look is concerned and I just don’t believe it since it has gotten nothing right this year regarding the tropics. So now this leaves the other 2. As far as tropical storm development is concerned there is shearing off the southeast US coast however it is not all that strong through Sunday. Beyond this period the shearing on the GFS at least increases in that area early next week with weaker shear to the east. So it is entirely possible that something could happen tropical wise off the southeast coast. It becomes an issue of rain or no rain for Monday night and Tuesday. I’m going to lean toward the European’s idea that there could be some rain that moves in because I like the idea that it has with a sort of stretched out old front with a wave on it and a separate low off the southeast. The gfs consolidates 1 low from all this and at this point I would lean against it. Stronger development would actually be more favorable for dry weather here as that low remains trapped off the southeast coast and would have the high to the north to keep us in relatively dry air. Forecast wise I am going to mention the possibility for showers Monday night into Tuesday for now. Afterwards the European does push all the moisture out and dry air takes over for late next week but it keeps it wet here Tuesday into early Wednesday. It seems like im playing with fire here in a dry pattern but it has to rain sometime. The National Hurricane Center has a 30 percent chance of tropical storm development off the southeast coast of the US over the next 5 days. In this boring  pattern we have something to watch.

Be sure to download my weather app and subscribe to my forecasts. The app is free and the subscription is just 99 cents a month, no advertising and it is safe, no security issues.

NYC Quiet Seasonal Thanksgiving Overall Good morning everyone. The unseasonably cold air is out of the area, replaced by more