We have yet to resolve the one outstanding issue and that is the fact that the European Model continues to stand virtually alone in ejecting the hurricane out to the east which is completely the opposite of  the other models. The reason here is very simple. The Canadian and GFS both capture the hurricane under the strong upper low and Hurricane Joaquin winds up being sucked in to the coast. The European says no. The European model shown above keeps the hurricane as a separate identity and it moves east  northeast and rotates around only to jet ejected eastward over time. The difference is between having a hurricane hitting land and one that goes completely out to sea with no consequence. Since the Euro usually outperforms we can’t discount it. So why the difference. I wasn’t sure at first but then I noticed on the Canadian model on the easternmost edge of the picture there is a system there. Looking a little deeper this system could hold the key. The Gfs and the Canadian both show some sort of developing tropical system southeast of Bermuda. Look southeast of Bermuda and you will see that of the 3 models the European has nothing there. In fact by 96 hours it actually has Joaquim heading toward the area where the other models have that second system. Now we should point out that the National Hurricane Center is monitoring that second system and has a high probability of it developing into a tropical cyclone. So is the European missing something here and reacting accordingly, by ejecting Joaquin into that weakness east northeastward? And more importantly is it right in its solution? This could be the critical key in whether Joaquim is captured by the upper low in the Southeast United States, or does it rotate around in as a separate feature and then sent on its merry way?

Click on the photo to loop it. Jury is still out. One of these models is going to be very very wrong!

Be sure to download my app and subscribe to my forecasts especially if Hurricane Joaquin threatens this weekend. The app is free and the subscription is just 99 cents. The app is free of advertising and there are no security issues. 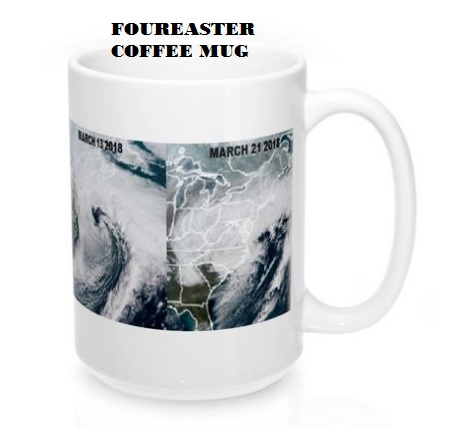