Tropical Storm Eta continues to move northwest and will begin moving more westerly shortly through the Florida Straits. The center of the tropical storm will move close to or over the Florida Keys and it could strengthen to a minimal hurricane while doing so. Satellite pictures show the circulation of Eta has seen some dry air come in at mid levels creating a large clear center. Very little is going on south of the center so much of South Florida is dealing with gusty winds and heavy rain this evening. That continues tonight into Monday. 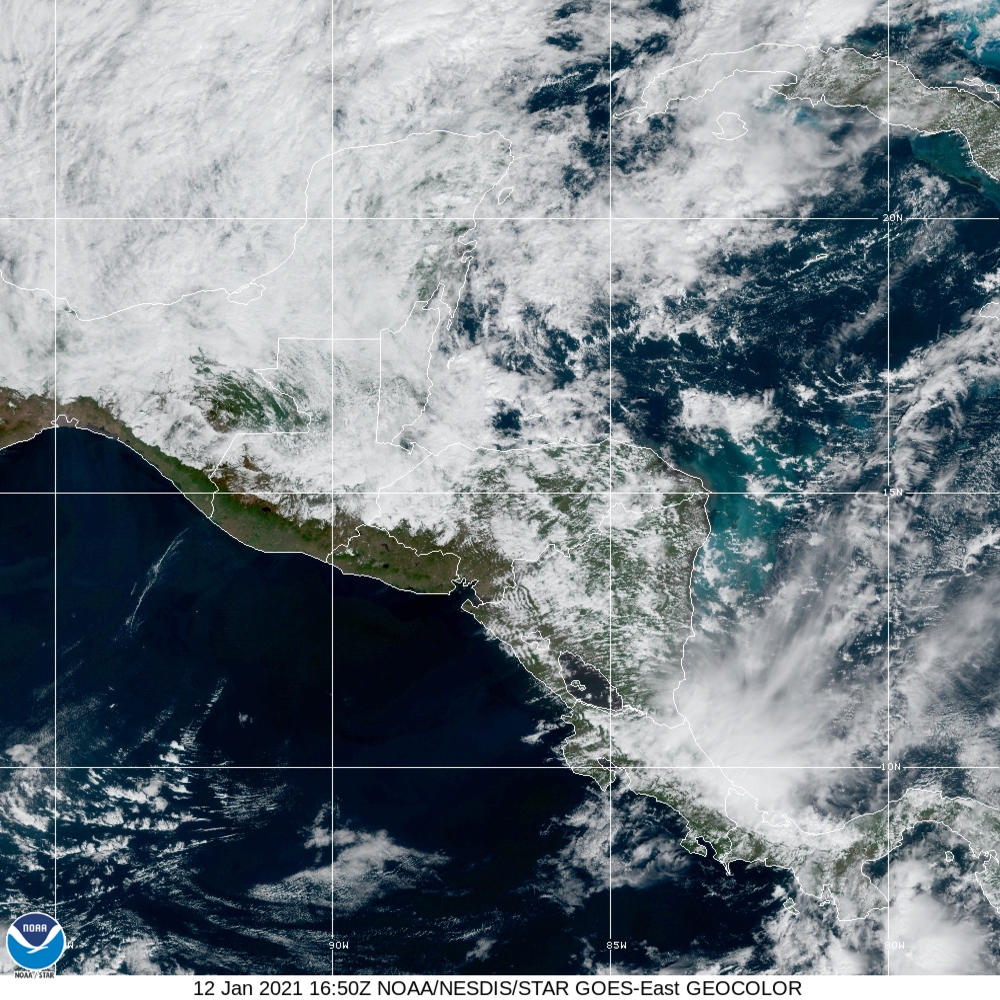 Solid rain covers south Florida with bands of heavy rain in the mix moving westward. The center of Tropical Storm Eta is evident on the regional and local radars and it seems like it is taking a bit more of a westward jog in the last several hours. Even though the center will pass south of the mainland, the strongest winds are north and east of the center as is the heavy rains so that puts South Florida in the thick of it.

There isn’t much change in the forecast track. Once Eta passes the keys it will likely slow down and it could even stall for awhile as steering currents collapse. A turn north and then northeast is likely as an upper trough in the west begins to create  southwest winds in upper atmosphere later this week.

OUR FLAWLESS WEEKEND ENDS BUT ANOTHER SUNNY DAY LIES AHEAD

Our weekend was nothing short of perfection with sunny skies both days. Skies on the satellite are clear across most of the Northeast and Northern Mid Atlantic states. They should remain so all night. Most lows will be in the 50s to near 60 except 40s in cool spots. Radars remain on hiatus until midweek.

Monday will make it three flawless days in a row with lots of sunshine. Highs will be in the mid 70s to near 80. Some records will be broken for the third day in a row. This should also be the last of the perfect days as we lose the high to the east and the west wind becomes a south or even southeast wind on Tuesday.

The change of the position of the high and the wind off the ocean means the upper ridge over us is finally breaking down. That might allow for some ocean clouds to come into the mix on Tuesday and highs will be a bit lower..low to mid 70s should do it. There should be some sun on Tuesday but it will have a stickier feel to it.

Wednesday finally brings a cold front to the coast and an increasing chance for showers lasting into Thursday. Some moisture from Tropical Storm Eta will get pulled northward as the GFS shows so this could be a 1 to 2 inch rain producer for much of Eastern Pennsylvania to Southern New England. Temperatures will be in the 60s. The rains should end during Thursday with improving weather conditions into Friday. However Eta will still be around in the Northeast Gulf or off the Southeast Coast and another front approaches next weekend. That probably means another widespread rain moving in probably for next Sunday.